THE GROUP BEHIND
NO FLIES ON US!

The Goulburn Valley is the largest pear producer in the Southern Hemisphere and the Murray Valley is Australia’s largest stone fruit producer. Unless QFF is effectively controlled in the GMV, the impact on Victorian exports, industry, jobs, tourism and our lifestyle could be devastating.

The project is overseen by a Governance Group, has a full-time Project Coordinator and is auspiced by the Moira Shire.

The funding provided by the Victorian Government’s Fruit Fly Grants Program, has enabled the support and coordination of the GMVFFAWM Project which has brought about a massive reduction in QFF numbers – nearly 60% across the GMV and 83% in Cobram.

We have made significant progress towards achieving Area of Low Pest Pressure status and a Sterile Insect Technique (SIT) Trial release commenced in Cobram in March 2019. The sterile fly release will continue for a three year period. This trial, is underpinned by the project FFAWM Action Plan and involves the airborne release of sterile male QFF over the township of Cobram with a control site at Mooroopna.

The project was also awarded both the Victorian Achiever of the Year Award and Victorian Agriculture Innovation Award in 2019.

The Regional Fruit Fly project has been recognised as a leader in the area wide management of Queensland fruit fly.

The awards recognise the project’s achievements in working to reduce the spread of fruit fly. 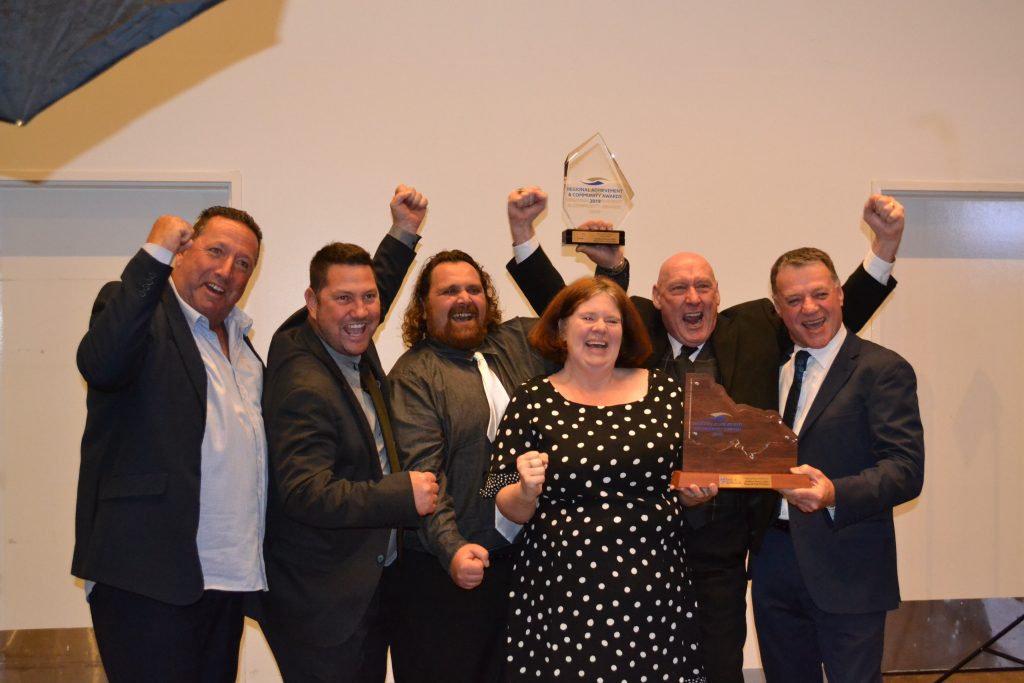 The Governance Group is comprised of the following formal stakeholders: